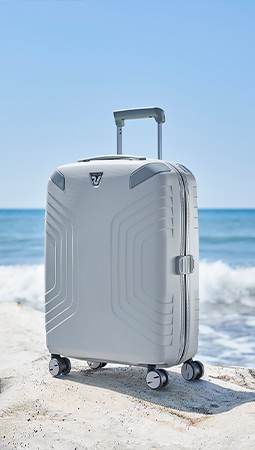 
10% off on your next purchase


Subscribe to our newsletter: 10% off on your next purchase for you. Moreover, you will be always up to date on new products and special offers

BACK TO SHOP VIEW CART 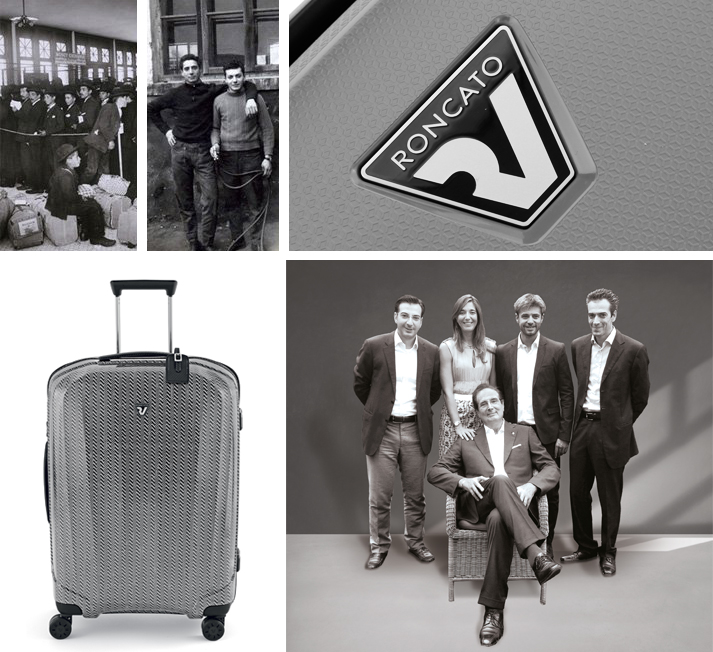 As a young boy, Giovanni Roncato helped his father Antonio, who had been working in the luggage sector since the 1940s, quickly learning and successfully meeting, as a pioneer, the requirements of future travellers.

Later, in the 1970s, Valigeria Roncato S.p.A. was established by Giovanni Roncato, who is the company's co-founder and current president. When an assembly line was set up, the first in Europe in this sector, this marked an important turning point for Valigeria Roncato, positioning the company as a leading world producer of attaché cases at the time.

Production grew steadily in the 1980s, and with its long-standing experience and ongoing research into innovative products that meet travellers' requirements, the company offered new items such as nylon and polyester suitcases and duffle bags, thus acquiring new market segments. In the twenty years that followed, an increase in the production of synthetic fibre suitcases and attaché cases encouraged substantial growth in the company, allowing it to reach its current leading position in the sector.

In the 1990s, Giovanni Roncato's innovative ideas enabled the company to take a further important step to produce, in Italy, the so-called “hard-shell suitcases” in injection-moulded polypropylene, which helped to make Valigeria Roncato a major manufacturer in Italy and abroad.

Sphera, the only suitcase to be pushed along with one finger, was the great idea of the early 1990s, increasing production to over one million items. The years to follow produced Teenager, a new colourful line also for young people, and Venice with its elegant and sophisticated style.

In 2000, a revolution occurred with the Shuttle upright suitcase, the first "Made in Italy" product with patents for its tow handle and closing system.

In 2004, the light Flexi model, capable of turning 360°, was created to meet the demands of the most discerning travellers. Since then, the RV RONCATO brand has continuously developed, offering new collections of hard-shell suitcases in polypropylene, soft luggage items, office utility cases and small leather goods.

Recent years have seen the launch of Roncato UNO SL, the top-of-the-range of the company's current "Made in Italy" production: this extremely functional and refined line in polycarbonate features an ideal combination of lightness, sturdiness, safety, practicality and top-design. This highly innovative product is protected by exclusive industrial property rights. Polypropylene and polycarbonate suitcases are currently produced at the original production premises.

Now, as in the past, the Roncato family particularly focuses on the high quality of its products, as testified by its having obtained ISO 9001 certification, its "Made in Italy" production, use of next generation technologies and strict in-company inspections. The distinctive value-added features of the Roncato family and the RV Roncato brand include passion and know-how handed down from generation to generation, the pursuit of genuine products and an increasing focus on the environment and on customer relations.

Today, Giovanni Roncato and his 4 children Enrico, Cristiano, Alessandra and Andrea increasingly believe that research and development, product quality and style, ecological and environmental awareness, and highly specialised staff are required to address the market and fully meet all needs.

A family owned and operated company over three generations, from the affirmation of Italian fashion and design worldwide to the contemporary globalization. Passion for craft details, excellence in manufacturing and a continuous research on innovation are the leading values of a brand completely dedicated to the highest quality of its MADE IN ITALY creations.

In a RONCATO luggage you will always find a long life history made of ideas and style together with the top performing product technology.

Sign up to our newsletter
and get 10% OFF for your first purchase!
* The provided discount code is not valid for those items already discounted

I accept the Site's Privacy Policy, and to receive promotional e-mails from the Site in line with my purchase preferences and interests.

Thank You, your email has been saved!
Follow Us